​So a new owner popped up on the various club pages and has leapt in with both feet and getting his cube ready for forthcoming club events so I thought I’d grab a few minutes to have a chat and see what brought him to our happy family!

Q. What sparked your interest in the cube?

A. Before I bought my Cube I’d only seen two in my lifetime. One was a couple of years ago when I was in traffic and I had what I now know to be the typical reaction – slow down to get a better look and wonder what on earth it is! I instantly loved the look of it, so different to anything I’d seen before and I was amazed by the asymmetry at the rear. The second Cube I saw was in Fort William, back in June of this year while I was in Scotland to climb Ben Nevis. This time when I saw the Cube I knew it was something I needed to own. 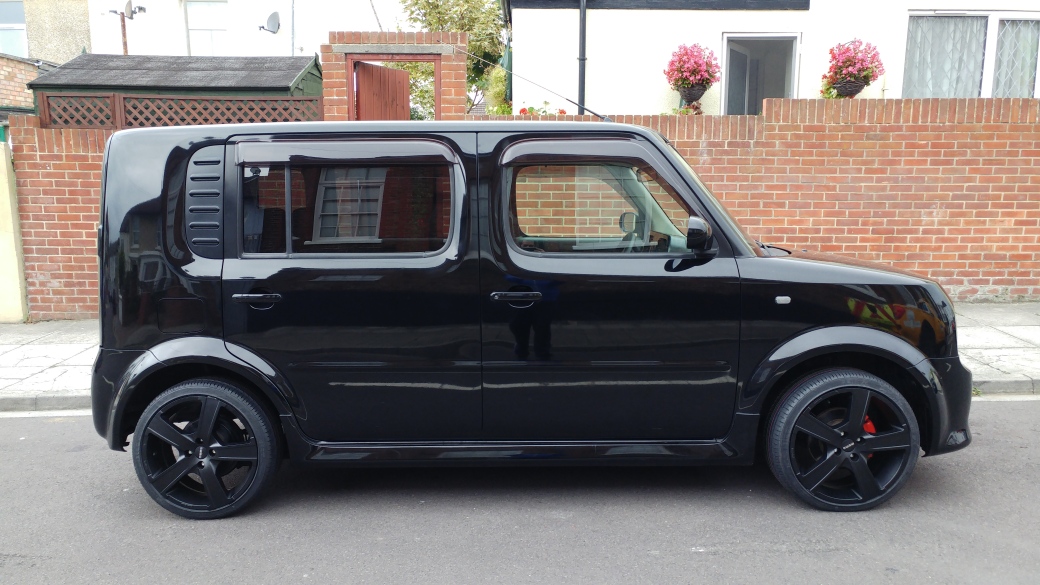 Q. So how long did it take you from there to track down your car

A. I don’t do things on impulse, so gave it a few weeks to see if the desire to own a Cube was still there, and found that a couple of months later it was still strong. That’s when I started researching Cubes and the models available. For me the extreme square look was where I wanted to be, so it had to be a second generation model. I was tempted though by features such as the panoramic roof and keyless entry of the third generation.

Q. What was it about this car that had you set?

A. I was pulled towards the Cubic as the idea of being able to fit seven people in was appealing, rare occasion though that would be. In reality I keep that rear row of seats down and am enjoying having a proper boot as well as five usable seats. Looking at the available colours black was the one I had to have, so with my shopping list of a black Cubic in as good condition as possible I hit the internet. Within minutes I found one that fit the bill at Quay Vehicle Solutions, an importer near Newport in Wales. Called them up and the car was described as being one of the cleanest they have ever seen and they had already received interest. I took a couple of days to think about it, then booked a test drive for the following Sunday. As it involved a five hour round trip from Portsmouth I couldn’t just pop in to see it!

Q. I viewed a fair few “impeccable, clean, best we’ve ever seen” when buying ours was it as good as they said?

A. On inspection their description was very accurate, it was hard to believe the car was ten years old. Barely a blemish anywhere inside or out, and the underside looked factory fresh. I hadn’t driven an automatic for twenty years, which made the test drive a bit more interesting. The ride was good, though a little spongy, but I already had plans so wasn’t bothered about that. The deal was done, and all I had to do was wait two weeks for the paperwork to be processed.

Q. that infamous spongy factory ride! I can guess what those plans were.

A. Over the next two weeks I spent a lot of time researching the changes I wanted to make to the car and ordering all the parts. By the time I went to collect my Cube I had a dining room packed with wheels and tyres, head unit, waxoil, springs and so on. And so I collected my Cube, got home, and the odyssey begins…

Q. Cubes are pretty distinctive cars and so people come to them from a range of car owning history what does yours look like?

A. My car history began with a 18 month old Austin Montego 1.6S in 1991 when I was 18. Seemed like a very flash car at the time and was surprisingly fast, but as with most Austins was plagued with rust from the start. I crashed that car on the A1 near Holy Island while I was living in Durham, and bought a Capri 2.0S with the insurance money. I absolutely loved that Capri and drove all round the country in it, made the run from Durham to Portsmouth in… (edited for the protection of the innocent!!!) Eventually I had to trade it in against a more practical car as I was doing driving for Social Services at the time using my own car, so got a Cavalier 1.8i. Another nice car (I’ll take your word for it…), though not especially exciting (AH that sounds more like it, I don’t like to hurt the feelings of my old cars either!). I was doing a thousand miles a week in the Cavalier, and after three years it gave out, which stopped my driving job and for a few years I became carless.

Q. So how long did you spend away from behind the wheel?

A. I got a job driving for the parcel company White Arrow, so was driving a clapped out Ford Transit for a while, then got myself a job as a programmer for West Sussex County Council, so gave up the driving. After four years without my own car I got fed up with getting knocked off my bicycle and wasting so much time waiting for delayed trains, so invested £200 in a Fiat Uno. Odd though it sounds I loved that little car, it was utterly reliable and a lot of fun. Not many small cars you can fit a full size double pine wardrobe in the back of and still hit 80MPH! When the Uno died on me I picked up a Citroen AX, the only car I’ve owned which I truly hated. I kept that for three months before I scrapped it and bought my uncle’s Ford Probe. 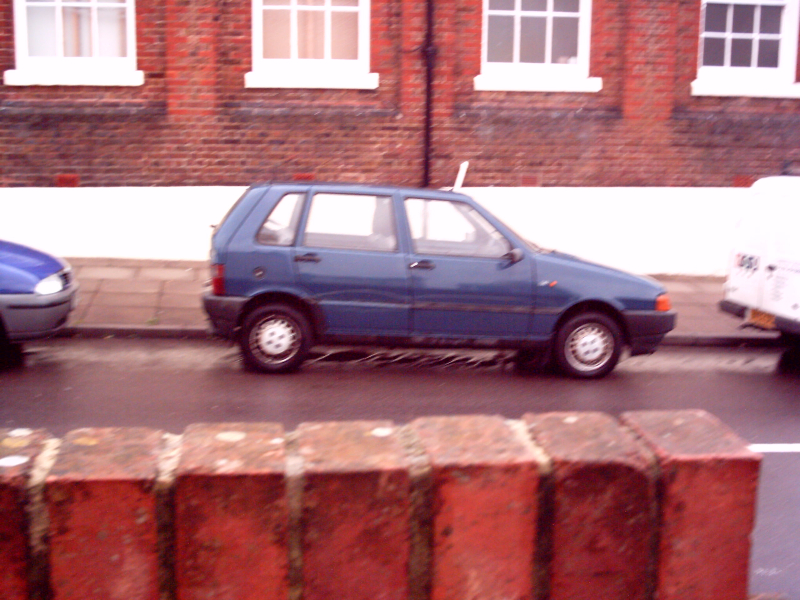 Q. Strangely I have a Fiat in my driving history that I’ll never forget but for completely different reasons! So from a capri to it’s replacement.

A. The Probe was a revelation to me, the most powerful car I’d owned by a long way and how I enjoyed that V6 power! The car’s paint had suffered the way so many red ’90s Fords had done and had turned to dark pink, so every week I would wash it and give it coats of red wax. I also splashed out over £1K on a set of deep dish five spoke chromed alloys – that seemed like a fortune at the time, but was worth it as they transformed the car. I then bought a Mazda MX5 spoiler, painted it up and mounted it to finish the look. The car looked  so good that people would stop me to look at it!

I see a pattern forming here!

Q. I’d say you should have brought the whole MX-5 but I’m biased! Did it serve you well or was it a case of burning bright but shortlived?

A. I had a few years good service from that car, but the engine blew up on the A27. I didn’t have the money to have the car repaired and it was the era of the government scrappage scheme, so stripped everything from the car, sold the bits on a popular auction site, and chopped in the chassis against a Kia Picanto. The Picanto wasn’t ever going to excite me, but it was cheap, practical and…well that’s all it was. It was the first brand new car I’d owned and I appreciated that aspect. 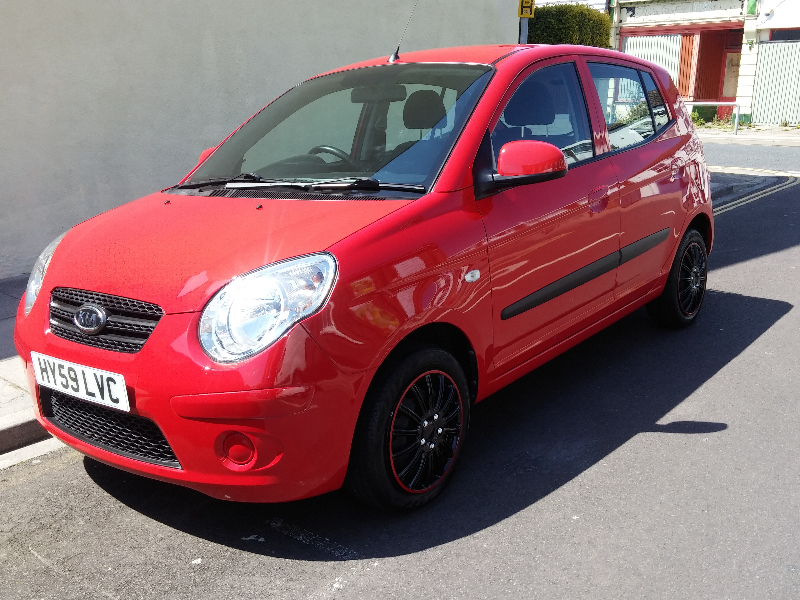 Q. We’ve all been at the point where our head manages to overrule ouyr hearst at least once when it comes to cars, doesn’t always last long though so where next?

A. As my career progressed and I had more money available I fell in love with the idea of owning a Nissan 350Z, and so bought that as an additional vehicle. You can imagine how exciting driving a beast like a 350Z was after the Picanto! For me they were a good combination – being at different ends of the scale they were like an antidote to each other; the 350Z always seemed fresh and exciting after driving the Picanto to work and back all week. 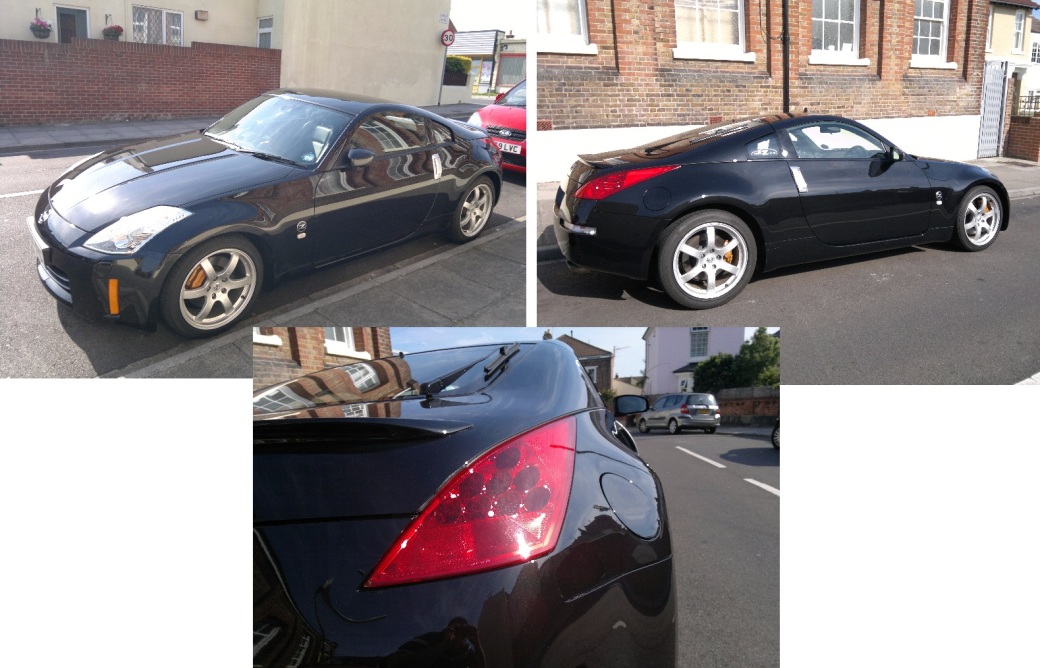 Q. There we have the introduction to the drug that is Nissan ownership, so was it a swap to an all Nissan household?

A. Yes that brings us up to the present. It was the Picanto which I part exchanged against my Cube. There was a degree of regret in doing so as the Picanto had been a good and reliable car for years, but once I got the Cube home I didn’t look back. I always need a practical car for transporting larger loads, taking the folks out etc., and the Cube fulfils that niche for me with buckets of style and interest as part of the package. I am considering moving on from the 350Z at some point, but there aren’t many cars which I like more and are still affordable to run. 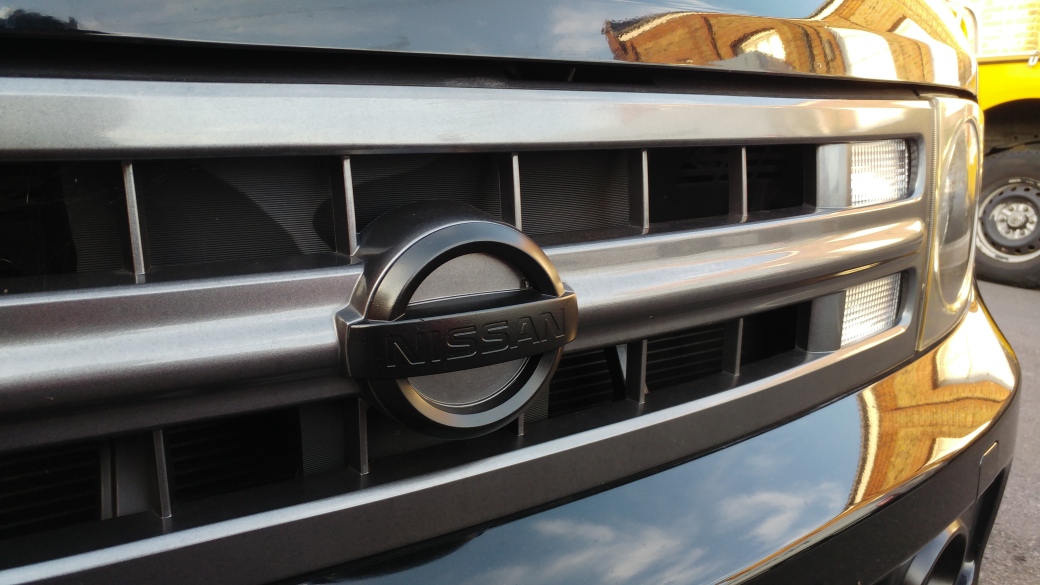 Loving the murdered out look!

Q. I could suggest a number of lovely Nissans that also have to come through the import route but they aren’t all affordable to run being imports, always fancied a Sylvia myself, but what is catching your eye?

A. A Porsche is a possible contender, but while I was at Quay Vehicle Solutions collecting my Cube they had a beautiful BMW M3 in which they had accepted as a part exchange. It was just four years old, a V8 4.0 litre version and it had the ‘BMW cut’ where two of the four exhausts have the back boxes removed to add power and make it sound better. Russ – the salesman – started it up for me and gave it some beans…and I fell in love, never heard anything so nice in my life. I need to recoup some funds for a while, but if I’m still keen on the M3 next year then I may move the 350Z on. But every time I drive that 350Z I love it, so maybe not.

If you see snailherder/ Simon out and about be sure to say Hi and if you know someone or think your car has what it takes to be a Cube Owners Club feature car get in touch!