So hopefully you’ve read part one of the life of our lovely boxy beauties but if not take a look here. Now we’ll take a look at how the gen 3 came to being and possibly even find out why it has so many damn cup holders!!!

Like the original the conceptual design discussion for the 3rd generation cube lasted much longer than usual. Sahs started the design of the new exterior with the image of cyber sunglasses. 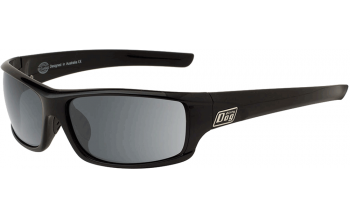 “I wanted a cool flavour for the car, but something was missing” he says, “when I made a full scale model to look at its proportions, the wide stance reminded me of a dog with 4 paws firmly grounded. People talked of a shiba-inu ( a japanese breed) at first but after chatting with my colleagues, we agreed that a bulldog best fits the unique, charming image of the cube. We put sunglasses on the bulldog to add charm as we expanded on this image”

The shiba-inu and bulldog, yup the cube is all bulldog!

Because the new cube was set for global sales, the team expected that the asymetric design would be challenging – especially in terms of cost because the various markets would require six different panel sets for the rear, sides and roof. Sahs rose to the challenge, telling his team, “We can’t start by compromising the cube’s signature asymmetry.”

Along with the production issues, Sahs faced tremendous pressure in leading the model change on the previous Cube. It had developed a strong consumer following for its iconic styling and that always offers up a  risk that folks would be unhappy with either too much change or too little. Sahs, who calls himself a superoptimist, says, “Like Kuwa-chan, I was determined enough to leave the company if my proposal was rejected.” No idea why folks are so willing to leave Nissan if they don’t get their own way but seems to lead to fun designs and I wonder if similar threats were made over things like the Pao, Figaro and S-cargo!

The inspiration behind the design of the Gen 3 cubes interior was also found outside of the design studios. Interior designer Tadamasa Hayakawa came up with ideas for the Cube interior during a long holiday trip. “My deadline was right after my vacation, so I was constantly thinking about it but I hadn’t come up with anything good. To chill out one day, I had a beer in a bath on the balcony of my hotel room. Then it occurred to me – how could I express that same relaxing feeling in the Cube interior? After the vacation, I submitted the sketches of ‘Sofas in a Jacuzzi.’ I did so without much thought, unlike John Sahs,” he laughs. “Frankly, I didn’t imagine that this proposal might be accepted. The concept for the interior eventually became ‘Jacuzzi Lounge’ and the wording actually was picked up in the sales brochure.”

Of the interiors relaxing curves, Hayakawa explains, “I think the essence of the Cube interior is ‘compact but roomy,’ that is, a super roomy feeling different from that of a mini-van or a mini-vehicle. For the instrument panel and the trim, I wanted the structure to be practical – composed of ‘walls’ (vertical surfaces) and ‘Shelves’ (horizontal surfaces) as much as the engineering would allow. Then, the concept of ‘Jacuzzi Lounge’ was realised to get that particular shape. In addition, the large-size seat, the so-called ‘love sofa’ is our innovative idea allowing all four passengers to enjoy a roomy and relaxed feeling.” 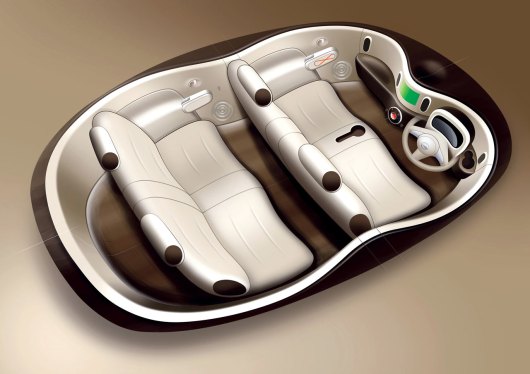 Featuring organic curves and sofas covered in Velour-like material (only the LDN in the UK got this and I don’t know if it made it to america but the JDM interiors are gorgeous!), the cube interior offers a retro atmosphere to people of a certain age. “The idea came from the 60’s folk music café movement, which I first encountered when I was in Junior High school” says Hayakawa. “I remember a place with a hippy-like master with round-framed glasses. Velvet-covered stools were placed randomly around and an old guitar was made into a small table. That atmosphere might make those who experienced it feel nostalgic, but it can also be new and exciting for today’s young people. When the colour group proposed the use of wrinkled velvet cloth, I knew that was it. This was the inspiration.” 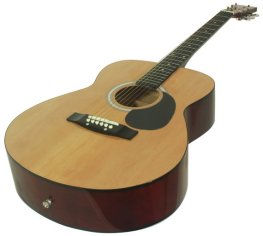 Ripple around the world

While the second generation cube was widely accepted in Japan, the 3rd gen was to be an international car.  “I see the Cube as a droplet sent from Japan, one that will spread all over the world, and people will think that such a relaxed car is surprisingly good. I designed the cube interior with the intention that it will make passengers feel less stressed, even in a traffic jam or if another car cuts into your lane. Its usability and natural lighting are something quite different.” Hayakawa said.

The Gen 3 “ripple” design is supposed to symbolise this idea of human connectivity. On the Cube’s release, its concept of relaxation, connection and fun was shared by everyone involved in the design. Looking back Kuwahara says, “To help the executives understand the Cube world, we often did little tricks that seemed meaningless but brought laughs to the meetings. If the meeting seemed like it might be too serious, I asked the participants to leave their ties on the doorknob outside. Or, we would scatter colourful sneakers on the floor of the conference room without explanation, which made people smile. Once, at a meeting that took place near Valentine’s Day, we handed out presentation packets covered in chocolate, which were inspired by the move Charlie and the chocolate factory” All this seems to suggest that the happy, easy going view of the cube world held by the owners club is just an embodiment of what the original designers had in mind for us all along!

The concept of a “slow car” from Japan

So we know moving a house brick through the air isn’t efficient and whilst the cube isn’t exactly slow you’ll know by the responses to questions about improving performance are always met with the puzzled face emoji on the forums and facebook! As such to help explain the Cube concept to audiences outside of Japan, Shiro Nakamura, Senior VP in charge of design, often shows and ancient Japanese picture scroll and compares it with a western painting.

“In the western world” he says “the horse drawn coach was long the major means of transportation and the priority was mainly to travel quickly from one place to another. That idea passed through to sporty, ready-to-go styling of European automobiles today. In Japan on the other hand, an oxcart was common, and the priority was on relaxation and comfort during the trip.” The cube can be seen as the perfect example of a contemporary interpretation of those tension-releasing “slow-cars” from Japan. If you look at it with hindsight in the 9 years since the release of the Gen 3 which has stopped being sold in almost all of it’s international markets there has been a fairly large shift to spacious slower cars. The cube in the UK didn’t sell well but I think it was probably just ahead of it’s time (and maybe a little expensive!) as look at the huge numbers of Kia Souls and Citroen C3’s that are on the road in the UK. Throw the number of faux x 4’s into the mix like the juke and the ever growing Mini and folks are shifting towards cars with lots of inside room and not looking to go everywhere at race speed, to be fair can you go anywhere fast with traffic jams and average speed limits through road work zones now!

Born in 1971 Kuwahara graduated from the Car design depart of Tokyo Communication Arts. He joined Nissan in 1994 and took charge of the interior design of the 2nd Generation (Z11) Cube and the exterior designing of the 3rd Gen Cube as well as designing the Cube Kiosk at 21_21 Design Sight in Tokyo Midtown Roppongi. He now teaches at the car design academy.

John was born in 1968 and is Vietnamese American. He graduated from Art centre college of design in California in 1992 and joined Nissan in 2000 after working for a Mercedes (he designed the interior for the 1997 Maybach!) He designed interiors for the GT-R Concept car and was lead designer on the 2016 Titan along with designing the Murano as he’s spent half his career with Nissan.

Hayakawa was born in 1966 and graduated from the Department of Design, Nihon University College of Art. He came to Nissan in 2005 after working in home electronics and other car manufacturers. He’s oddly the toughest of the 3 to find anything out about beyond his involvement in the cube but with this masterpiece under your belt why talk about anything else!!!

Hope you’ve enjoyed this look back at the life so far of our favourite boxy Auto but keep your eyes open for more things as the year goes on!

Images have been pulled from various web sources and no copyright is claimed. Images are used within these articles under a fair use for comment base.