This weekend was the first with decent weather in the UK for a while now and by the looks of the facebook group all our members made the most of it. I organised what I think is probably accepted now as the inaugural run of the Annual Oopnürthring run through some great scenery  and brilliant driving roads so click to see how we got on… 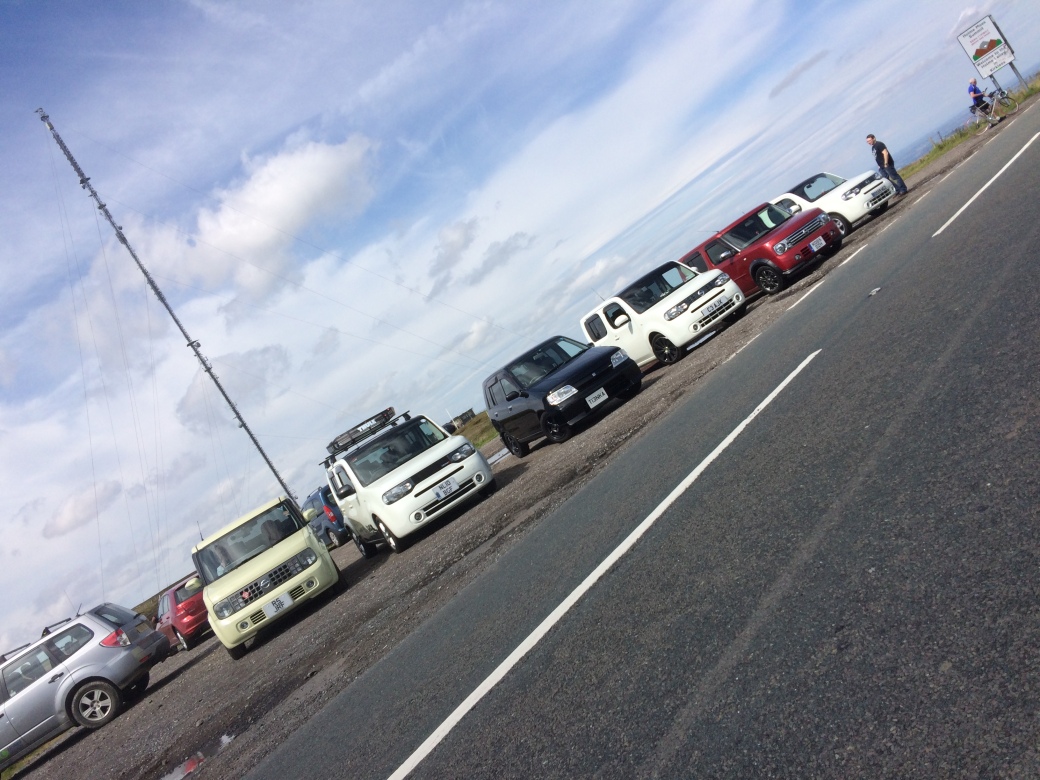 The Nissan cube could never be described as the world’s best drivers’ car! Those of you reading this and owning one will probably agree that combining a relatively high centre of gravity with a comfy but at times rolly ride you’ll never be filled with the confidence to throw it into a corner. However most owners fairly soon into ownership drop the car a touch and even the modest 30mm the eibach spring kit offers makes the drive that bit more reassuring and besides we love our cars and being out in them is always a joy!

I’m not sure why but most of the car shows the club attends seem to be in the south or the midlands (and even then the south of the midlands!) and so we thought we should look at trying to push a touch further north and arrange an event that people who don’t necessarily want to stand and look at cars all day might like to go to.

I’ve been toying with the idea of going to north wales and driving the evo triangle for a while. 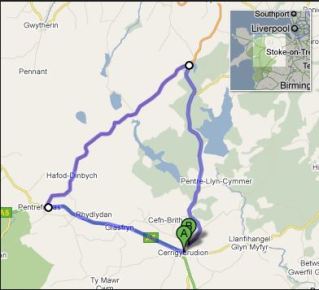 For me it’s a 2 1/2hr drive at least and with not many members out that way. I thought it would have been an ask to get people to make the trip but whilst researching I stumbled across the Oopnürthring. It’s a route that has been popularised by the folks at Pistonheads as it encompasses some of the best driving roads and scenery the UK has to offer in a manageable circular route through the peak district. This sparked and idea and a plan was formed, a very vague plan that was as rough round the edges as the roads we’d be driving but you have to start somewhere!

The Oopnürthring – our planned route for the day.

Roll to the 17th July which came round quicker than expected saw half a dozen cubes meeting at the Fairholmes visitor centre adjacent the Derwent reservoir, training ground of the 617 Squadron preparing for the dam buster raids. Greetings were made and with faces put to names and cars we’ve seen on the club we on a stop point about half way and set off on our adventure.

Now being in the middle of nowhere phone reception is bad, make that non existent, so getting the route into various mapping applications proved interesting (read impossible!) For next year there is a lesson learnt but we made our way out heading in the direction we knew was right hoping to grab a signal and get the route in before getting too lost! 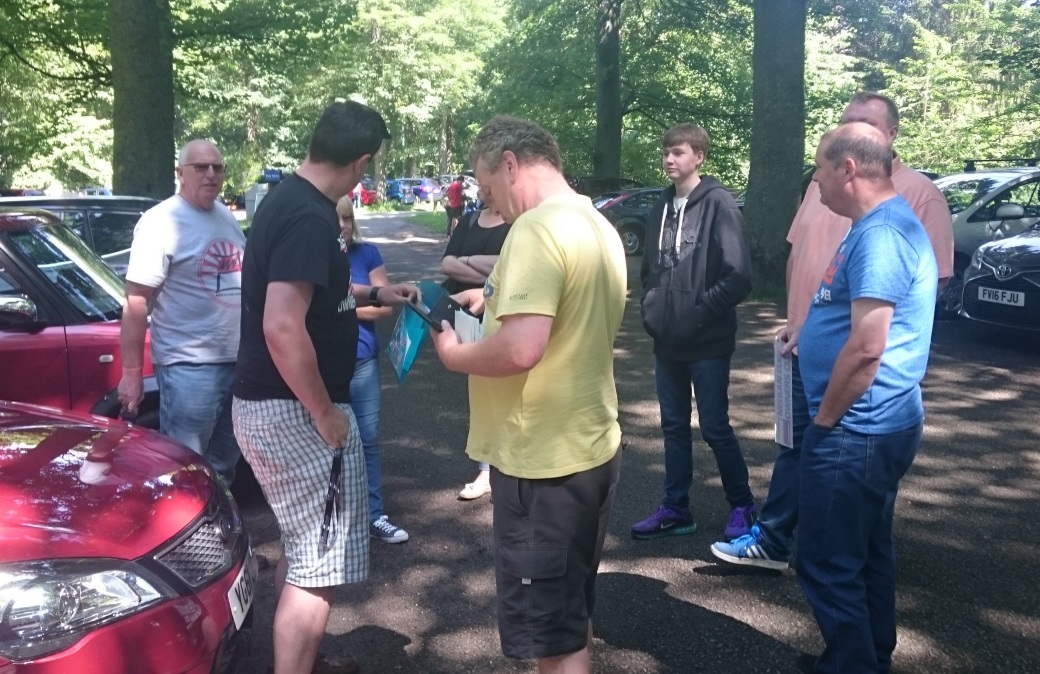 A cube owners most important activity – sorting the stickers

As such the run out didn’t follow the planned route and Sheffield really need to improve their roads as at times I was glad we weren’t with any of our more slammed members as some of the potholes were as deep as the reservoirs but we made it in convoy round the east side of the loop and up to Hepworth. 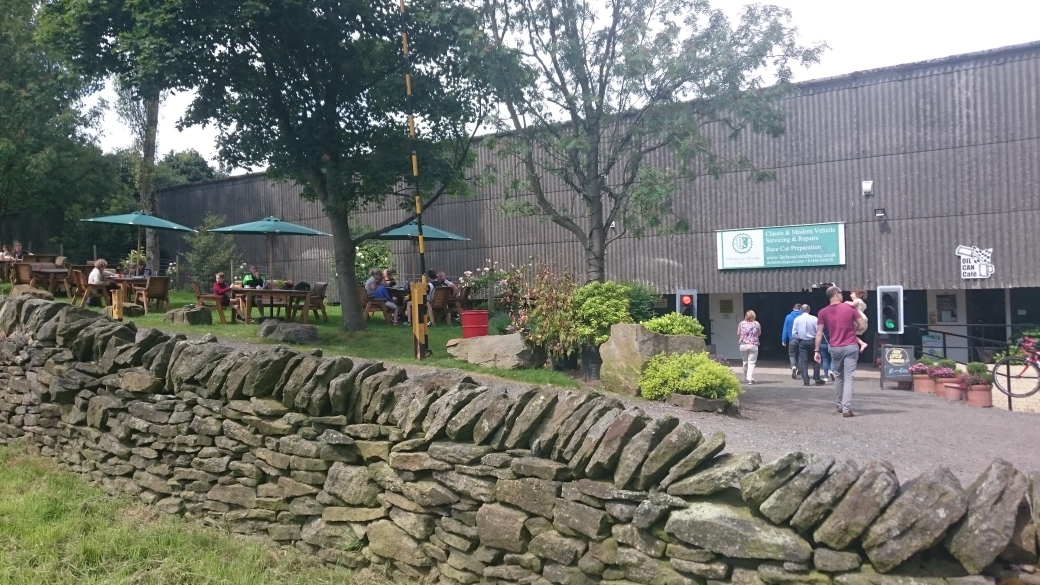 Hepworth was our planned lunch stop at a place called the oilcan café. Most of us had never heard of it but Mark Elliot and his wife pulled a blinder with this suggestion! It’s at a place called the Carding shed and is built around IK classics that restore and prepare cars for things like Goodwood as well as just general servicing on all cars. There is a selection of small shops there as well selling vintage clothing, automobilia and books. They even hold open days and music nights if you’re in the area at the right time!

The gems in here!

A walk round the place spotting gems like a Plymouth, a Lancia integrale and playing guess what’s under the tarp, tea, cake and chip butties were devoured by all. 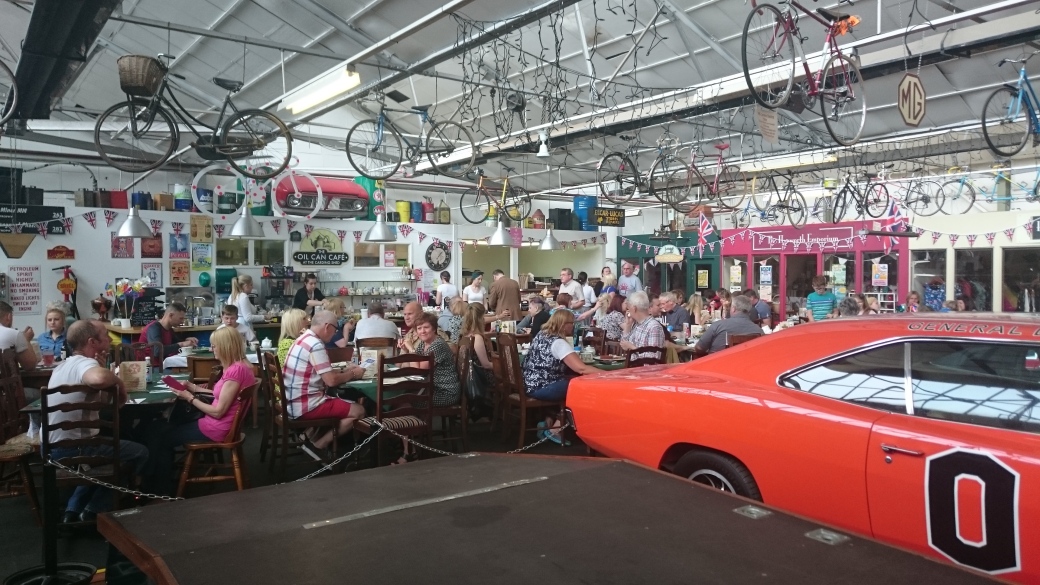 Yes that is the General Lee in the cafe!

We then had a while out in the sun chatting about what everyone had done to their cars and the differences between the various generations. It has to be said it was fantastic to have all 3 generations with us on the day as Mark and his wife have a 1st gen the first I believe we have ever had at a club event! 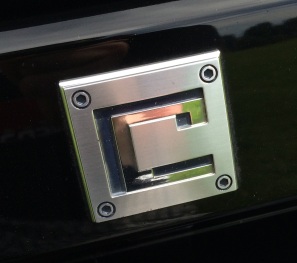 We set out on the second section of the run which was far simpler to navigate only comprising 2 roads. The first being Woodhead road up and over Holme Moss Summit. 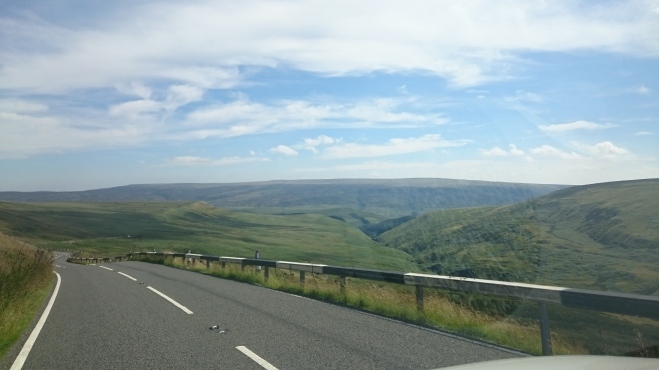 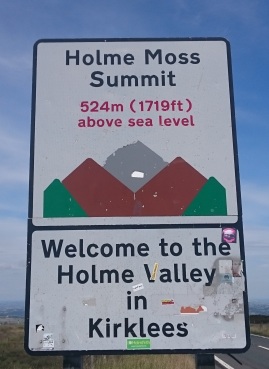 Then once we reached Glossop we hung a left and headed along the snake pass back to the start these 2 roads gave some great views of the countryside whilst giving everyone’s brakes a thorough work out! 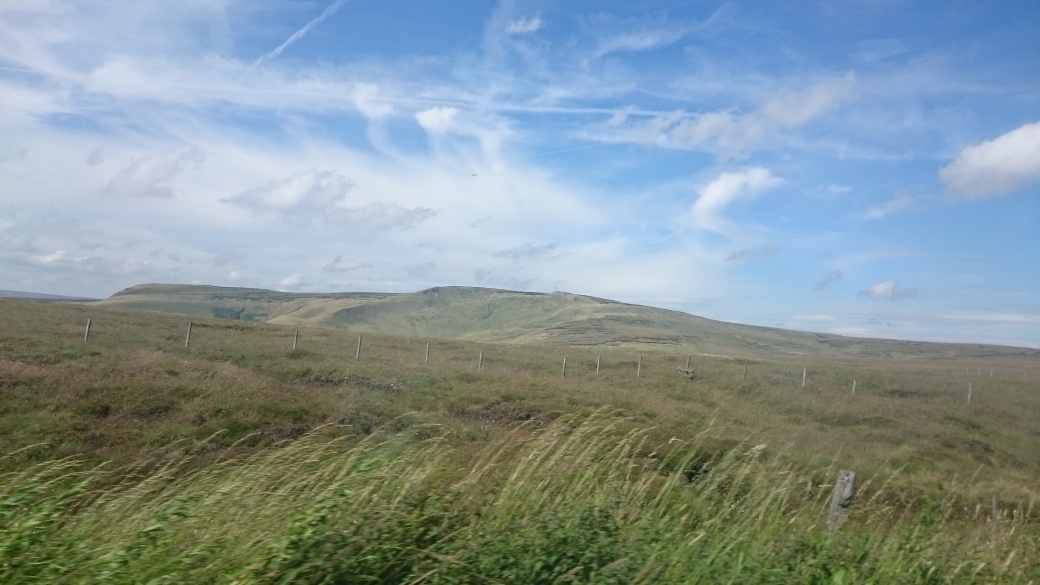 Back at the visitor centre it had got fairly late so we said our goodbyes and headed off on our various journeys home.

Thank you to everyone who came along and special thanks for coming has to go to Richard Merrell and his son Chris who made the trip up from Milton Keynes to join us having pretty much just taken delivery of his cube!